Hunting with Handguns: bridge the gap between rifle and bow 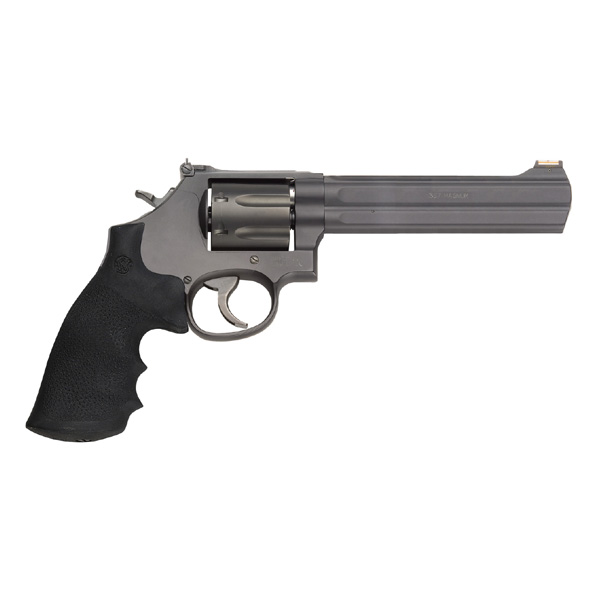 I got started hunting medium game such as deer and hogs with a traditional hunting rifle. For most hunters, deer season consists of dusting off the .270, confirming zero at the range, and then setting up a blind or tree stand in a place where deer are likely to be.

For some, this is all they want out of hunting season: some quality time spent out in the woods and the chance at bringing home some venison. For others, like myself, this is not enough. It’s not difficult to set up in a good location on properly scouted land and be able to tag a deer at 100 yards or more with a modern hunting rifle. For hunters like myself the desire to hone skills and become more intimate with the prey drives us to use more primitive methods.

Many hunters move over to bow hunting. Modern compound bows however are nothing like their ancient counterparts, and it’s not truly fair to refer to them as “primitive.” But successfully employing one in a hunt requires quite a bit of skill nevertheless. They require a hunter to set up a blind much closer, or in some situations require them to learn to quietly stalk to within 30 yards or less in order to set up a good shot.

Arguably not as difficult to utilize as a modern compound bow, handguns bridge the gap between rifle and bow hunting. They don’t pack the power of a rifle, and the shorter trajectory and lower energy of these platforms makes their effective range limited. Still, the familiarity of the trigger and aiming system makes their use somewhat familiar to hunters.

Most important, for myself at least, is the fact that getting started hunting with handguns doesn’t require a massive investment if one already has a rifle hunting setup. Bow hunting requires purchasing not just an adequate bow, but also arrows, quiver, broadheads, a trigger/release, and aiming system. This expense can quickly run into the thousands of dollars.

On the other hand, a quality .357 or .44 magnum revolver can be acquired for less than $500 used. Many hunters already have lever action rifles chambered for these calibers, but even a hunter with only a .308, .270, or .30-06 bolt action rifle can find single shot pistols chambered in the same calibers they already own. Thompson Center Encore pistols for example can be found chambered in the relatively easy shooting .243, .270, 7mm-08 and .25-06 calibers and are often scoped to make shooting out past 100 yards a simple matter.

Check your local hunting regulations before investing in a handgun for hunting. Not all jurisdictions allow the use of handguns, and some of those that do have minimum requirements with regards to caliber and muzzle energy. If a bit more challenge is what you’re seeking this hunting season, keep an eye out for some upcoming articles on the type of hunting handguns suitable for bringing Bambi to the table.