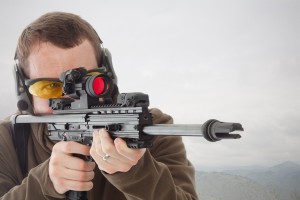 That high pitched sound you just heard was my fanboi squee upon finding this news.

According to Oleg’s article they changed the name at Trijicon’s insistence (they make the RMR optic) from the RMR-30 to the CMR-30. A few other minor changes from the initial RMR I got to coon-finger at SHOT include redesigned charging handles that are slightly larger than what were on the RMR originally.

They haven’t actually SAID when it’ll be out yet, but I’m hoping with fingers crossed that it might be on or before SHOT 2015.

And you’d better believe I’ll be the first in line to pick one up!