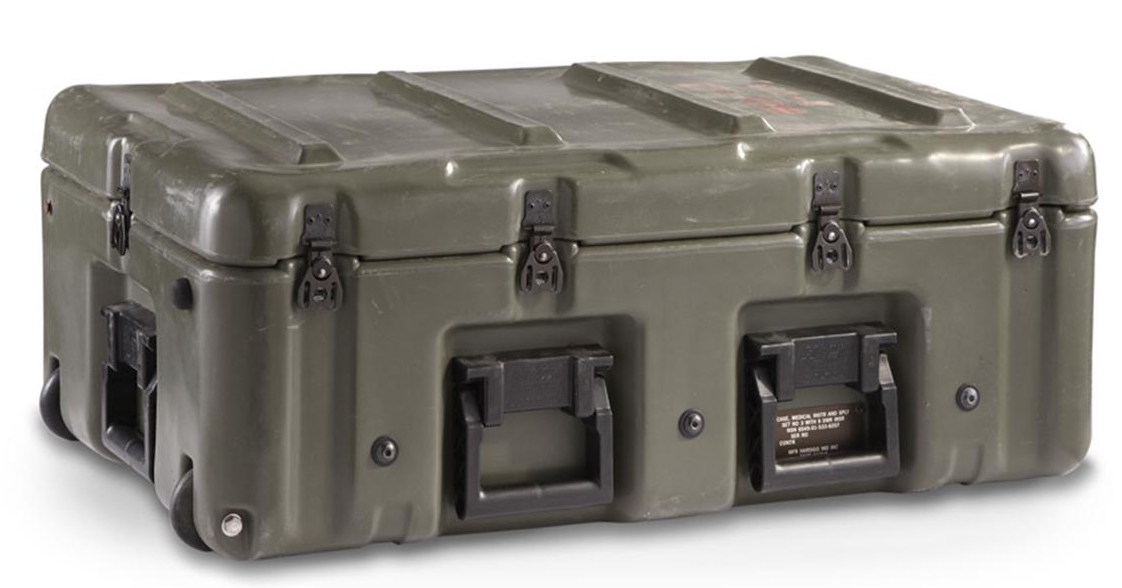 Sometimes being prepared means being ready to jump on a bargain when one presents itself. I’ll not get into the nitty-gritty financial preparedness spiel. All of you know (or should know) already that it is wise to have some cash saved up for a rainy day, or to get needed supplies.

Last week Sportsmans Guide had a screaming deal on Hardigg’s 8-drawer medical case. Now normally this thing retails for over $3,000 new, and can sometimes be found for around $2,000 new. That’s a big chunk of change, even for a fantastic piece of gear such as this. But every once in a while an odd lot of used mil-surp shows up for literally 1/10th of that price. So when I found this bargain, it was a no brainer that I should immediately order up a couple.

One I’ll probably use as a mobile medical chest, as it was intended for, but the other may find itself pushed into service as a mobile range cart.