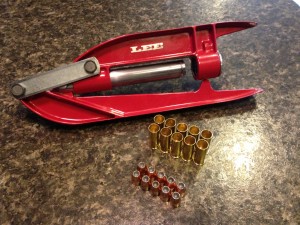 The debate never seems to end: how long can modern ammunition, or the components used to load it, be safely stored? The answer is: it varies, and for a variety of reasons.

It should go without saying that the metallic components of a modern centerfire cartridge, namely the bullet and the case, have an indefinite shelf life. Primers can be susceptible to moisture and oil, but are otherwise shelf-stable. It is primarily the powder which can degrade on its own over time. How long powders remain stable depends primarily on when they were manufactured and the environment in which they are stored.

Almost one hundred years ago chemist Theophile Jule Pelouze nitrated cotton creating gun cotton, the worlds first nitrocellulose. This breakthrough was short lived however as the initial refinements were quite unstable and prone to explode. The problem is that nitrocellulose tends to decompose on its own, producing various nitrogen oxide. These oxides go on to react further, creating heat and even more oxides. This creates a rapidly accelerating cycle until enough heat is generated from the reactions to cause the entire mass to auto-ignite and explode.

Modern smokeless powders have a very long shelf life, but ONLY when stored properly.

Modern smokeless powders are still based on Theophile Jule Pelouze’s chemistry, but with the important addition of stabilizers and burn regulators. The burn regulators do exactly what their name implies, and give us powders that combust faster or slower depending on their mixture as well as their size and texture.

Stabilizers on the other hand work as sponges, absorbing the nitrogen oxides that are naturally given off by the nitrocellulose and preventing them from reacting further. Because of this, the most likely result of using powder that has been stored for a long time is that you get a slightly smaller “bang” as some of the nitrocellulose (or nitroglycerin in the case of double base powder) has decomposed.

There is another concern however: the rate of decomposition can actually increase when powder is stored in large lots, like an 8-pound keg. In the case of powder already loaded into a cartridge, the oxides have other things they can react with, like the brass case itself. In addition, the heat generated by the reactions can dissipate faster and with greater ease. When powders are stored in bulk the heat is not able to dissipate as well and this actually accelerates the reaction and subsequent decomposition. With enough heat and decomposition autoignition, while unlikely, is still possible even in newly manufactured powders.

High humidity can also degrade your powders. Anti-caking agents make up a small portion of modern smokeless powder and work to keep it from clumping together. With enough humidity or moisture however, these measures will be insufficient. Powder that has clumped together will not burn as quickly, and again result in a smaller “bang” than what you expected.

To reduce the rate of decomposition and increase the length of shelf life ammunition and powders should be stored in a cool dry place. Your garage may seem convenient, but the heat and humidity that is generated there can very rapidly turn a shelf stable powder into, quite literally, a ticking time bomb.

Always check the date of manufacture on your powder kegs and load the older batches first. Take the time to regularly inspect your stocks of smokeless powder, especially before loading. Any hint of orange or rust color in the powder, or an acidic smell, should indicate to you that the powder is no longer safe to use and should be safely disposed of. Alliant recommends that unsafe powder be disposed of by burning out in the open, unconfined, in small shallow piles that are no more than 1-inch deep, and never more than one pound at a time.

Reloading
Setting Up A Reloading Bench
Gearing up for Hog Season