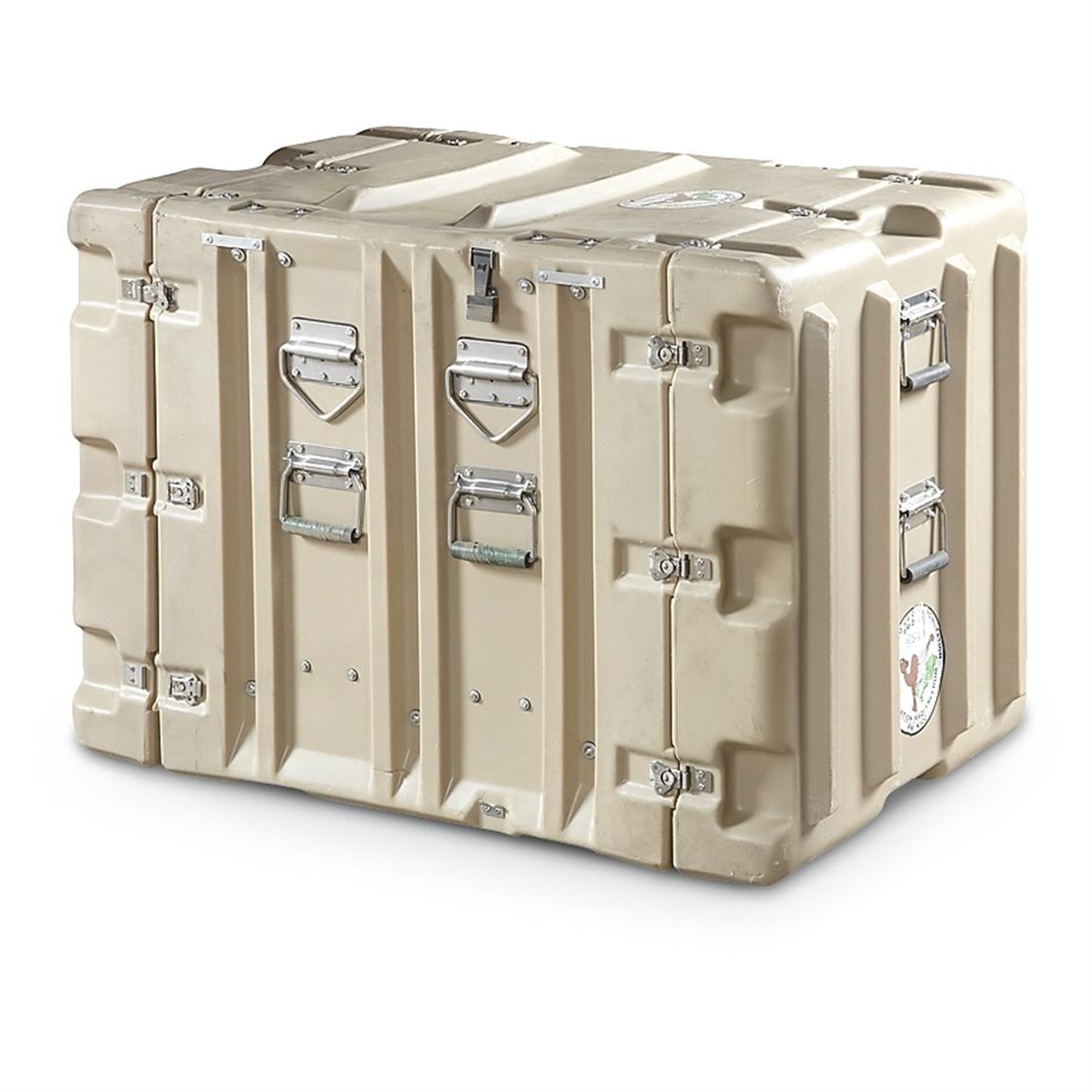 Commander Zero, sharp-eyed prepper that he is, spotted this deal over at Sportsman’s Guide. I’m a huge fan of Hardigg (and Pelican) cases. They’re enormously useful in my line of work, and I’ve found them just as useful for other things as well.

Some months ago I pounced on the Hardigg Medical Chest (one of which is now repurposed as a mobile range-box. I still need to do a blog writeup on that…) and couldn’t be happier with it. Now that this Hardigg – wait – what model case is this exactly? I’m not sure myself, and all of my Google-fu has failed me so far. The description says that it’s for “sensitive electronic equipment” whatever that means. It does look similar to the OD Green case in this image on the Hardigg site and the features and dimensions seem to match up with some of the Rack Mount cases (I’m guessing their 11U model DE2425-02/27/05) that they advertise here, so that may be it, but I still don’t have an NSN or product name.

Regardless, these deals come along rarely enough that it’s worth jumping on anyway. Hardigg cases of this quality regularly sell for a couple thousand dollars new, and can still fetch over a grand used. To find a case of this quality for $199 ($179 if you’re a club member) represents a good enough deal that I’m willing to jump right in and grab one up. I’ll work out the details of what use it will have later.