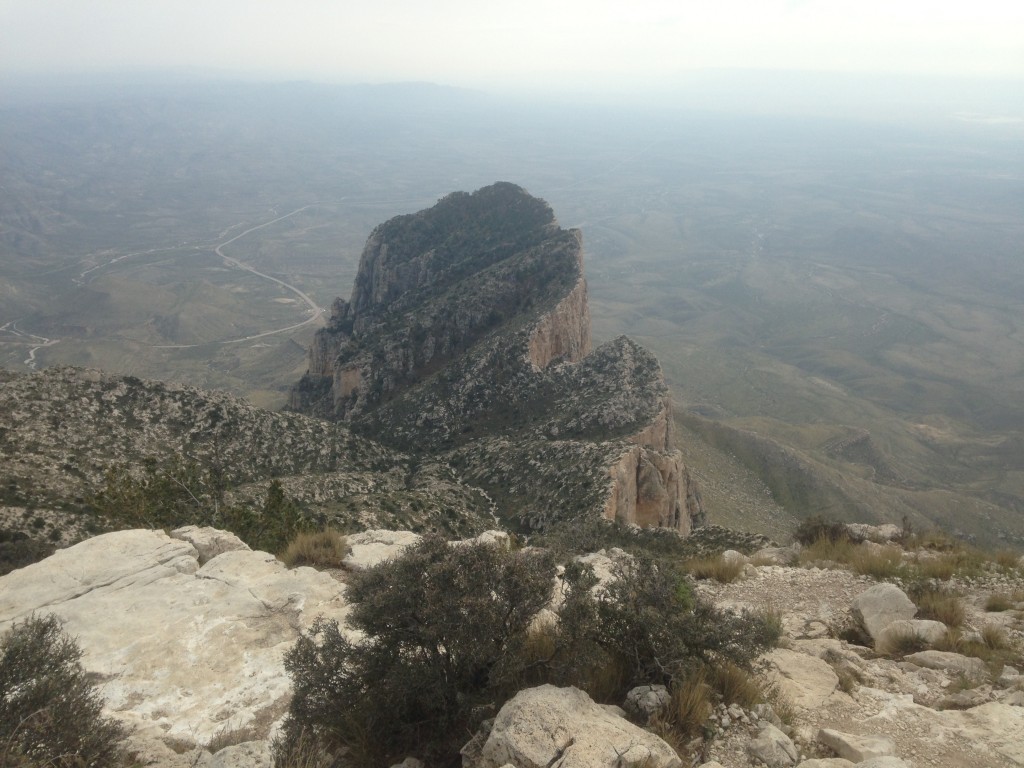 El Capitan, as seen from the top of Guadalupe Peak in far West Texas 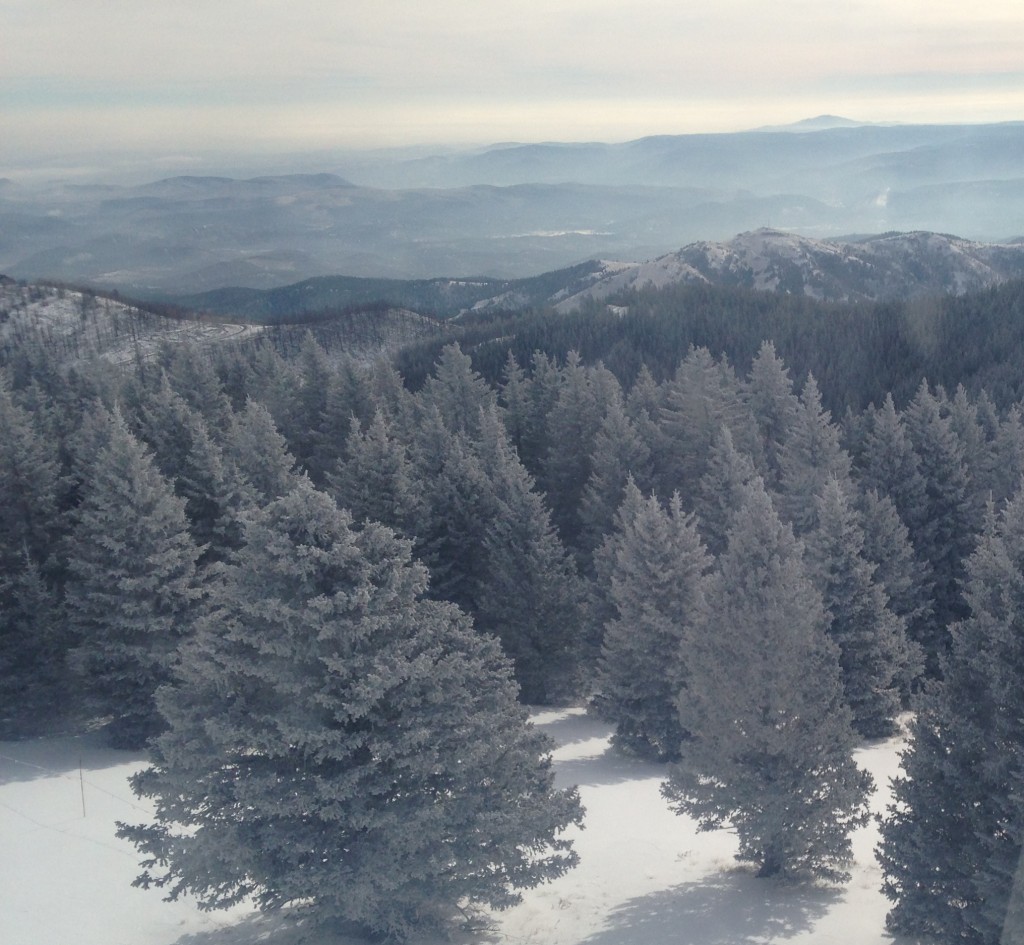 Your weekend moment of zen brought to you this week from the Mescalero Apache reservation in central New Mexico. 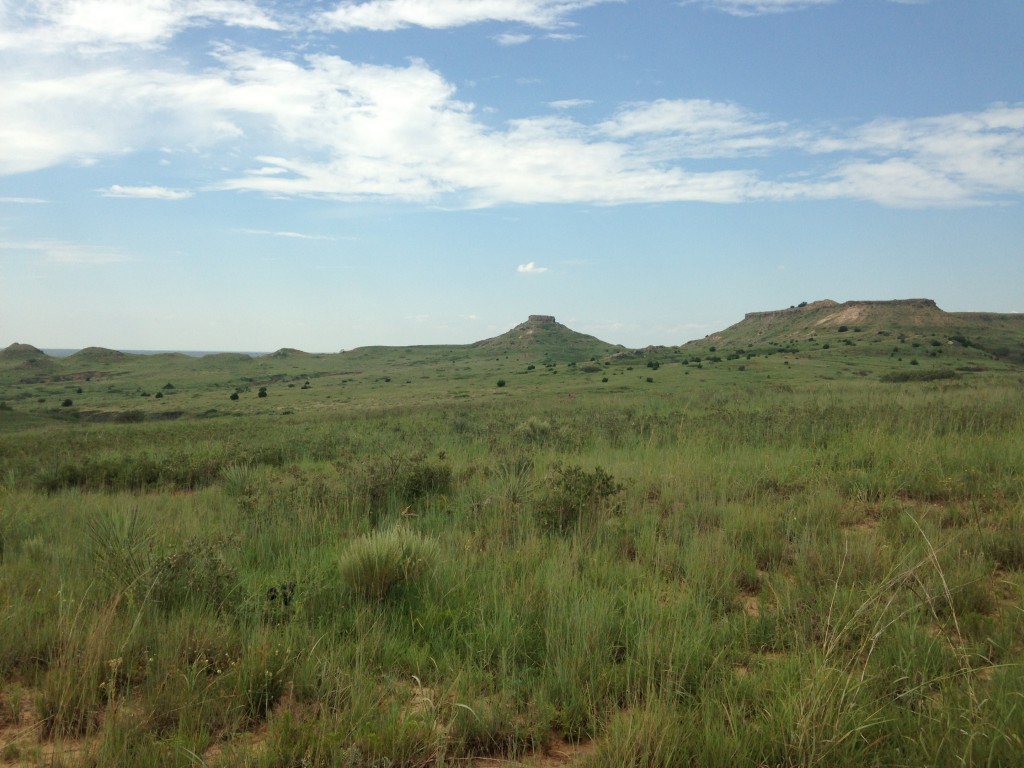 Your weekend moment of zen brought to you this week from Antelope Hills.

Your Moment of Zen for the Weekend 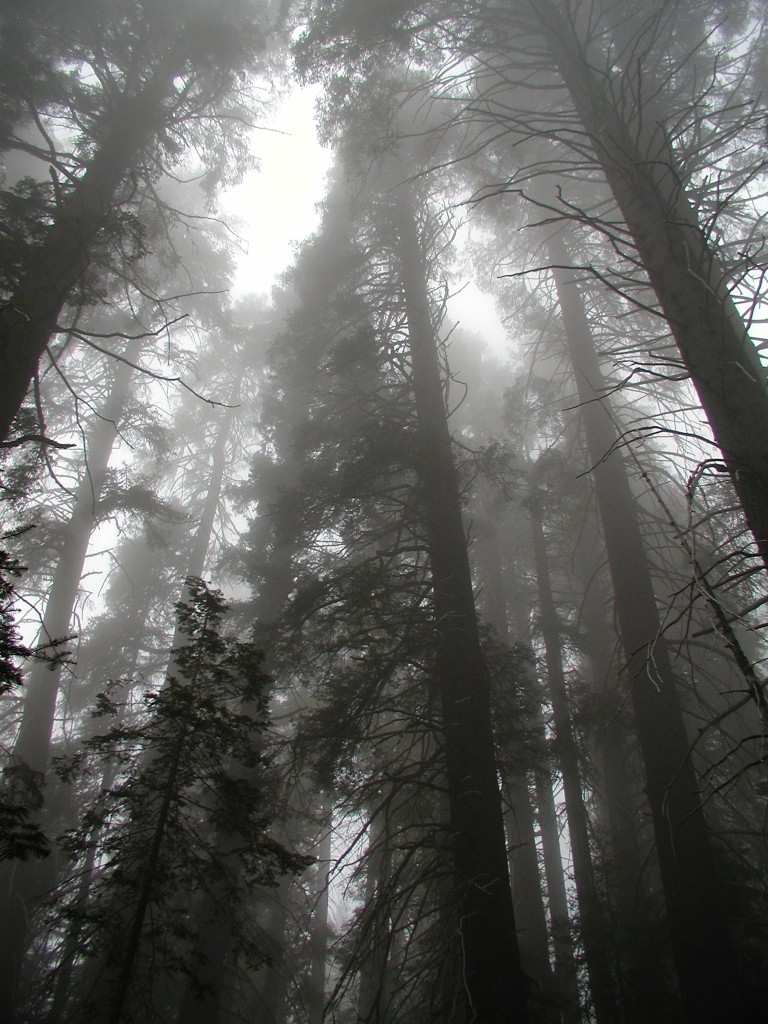 Your weekend moment of Zen, brought to you once again this week from the majestic foothils of Sequoia National Forest. 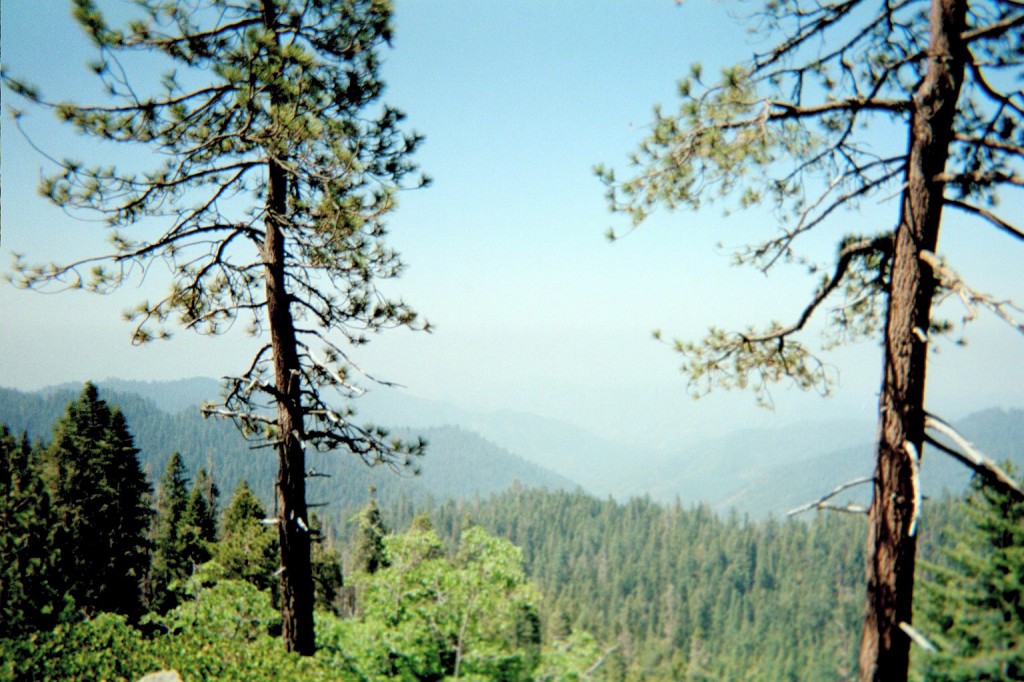 Your weekend Moment of Zen brought to you this week from Sequoia National Forest. 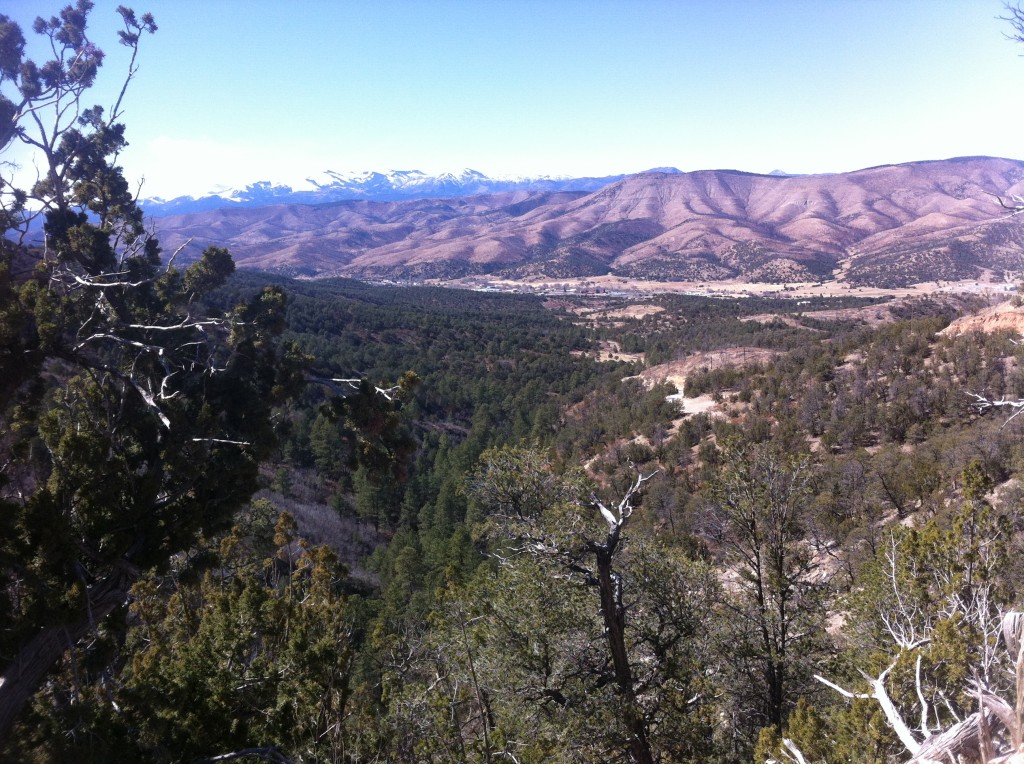 Your weekly moment of Zen, this week from the Mescalero Apache Indian Reservation in central New Mexico. 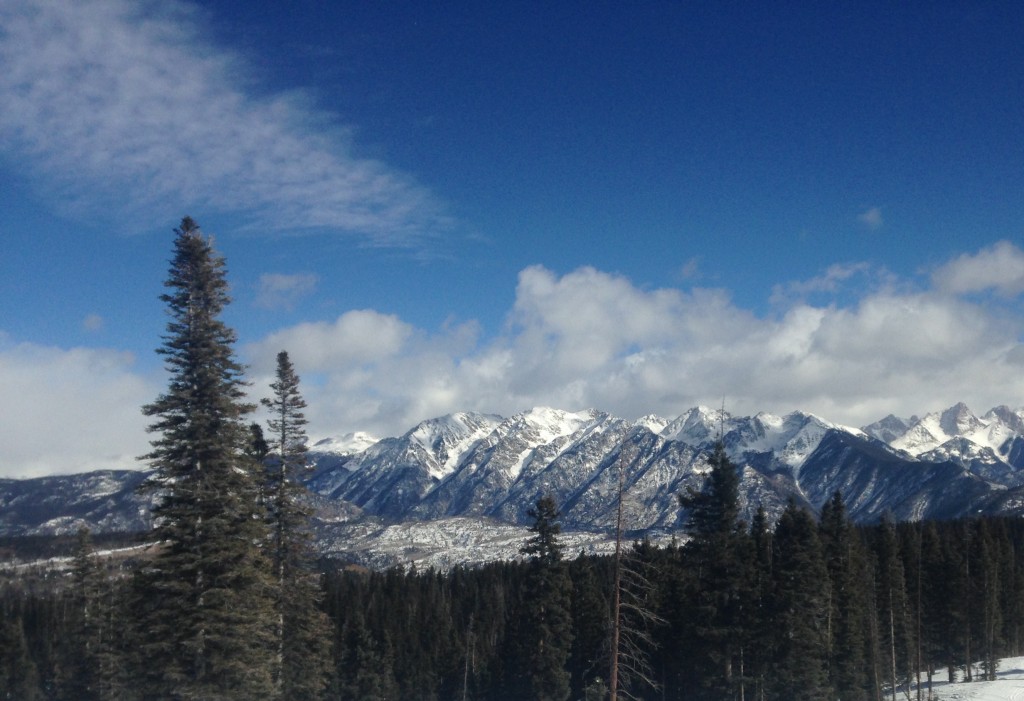 Your weekly moment of Zen, this week from the San Juan mountains of Western Colorado.

Retain Your Harvest For Later – Pickle Some Cucumbers 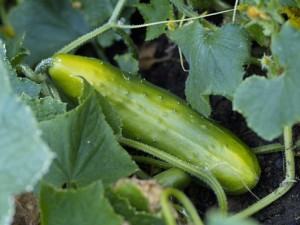 Once a cucumber is picked from the vine, it’s “use it or lose it” and pickling is one of the best ways to “use” a cucumber and still be able to enjoy it later!

As summer gardens wind down, the bounty may begin to pile higher and higher. A successful garden requires much planning, nurturing, and hard labor. Waste any of the fruits of the harvest would represent much lost effort. Avoid waste by perfecting your food preservation skills. Many home-grown garden products can be frozen or canned, but cucumbers do not have good results from these general preservation methods. Turn to pickling to keep them crisp and delicious for months to come.

What you will need:
5 or 6 medium cucumbers
3 onions
3/4 cup salt
3 cups vinegar
3 cups ice
1-1/2 teaspoons celery seed
1-1/2 teaspoons mustard seed
2-1/4 cups sugar
3 tablespoons finely grated fresh ginger
1-1/2 teaspoons turmeric
Two clean quart jars with lids
Canning pot tall enough to allow the jars to be submerged in water
Canning rack (optional, but very helpful)
Jar lifting tool or tongs sturdy enough to lift the filled and heated jars (you can do without these if you have a canning rack, but to be honest the tongs are the easier method to use) 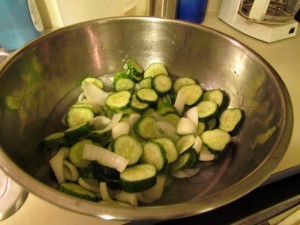 Begin by washing and slicing the cucumbers. Place them in a bowl, slice the onions, and add them to the bowl. Sprinkle the cucumbers and onions with salt and then cover them with ice. Allow the bowl to stand while the ice melts, approximately 2-1/2 or 3 hours.

Drain the melted ice off the cucumbers and onions and place them in a pan for cooking. Add the spices, vinegar and sugar, then heat just to boiling. It is a good idea to place the clean jars in the oven at 250 degrees while the cucumber mixture is heating up. Having the jars hot helps to ensure that they are sterilized as well as to prevent a temperature contrast between jar and pickles when filling.

Turn the heat off and spoon the cucumbers, onions and juice into the clean jars. Pickles should have one-half inch of air space between the top of the pickle and juice mixture and the lid. Wipe the rims of the jars off with a clean damp paper towel and put the lids on the jars. It is often helpful to tighten the rim, then loosen it a quarter-turn in order to make sure air can escape.

Fill the canning pot one-half to two-thirds full with water and heat to boiling. Fill a teapot or sauce pan with water and heat it as well in case you need additional water to cover the jars. When the water is boiling, place the filled jars in the boiling water, making sure they are submerged. Boil the filled jars for 15 minutes. Use a jar lifting utensil or tongs to remove the jars from the canning bath. Allow the jars to cool. 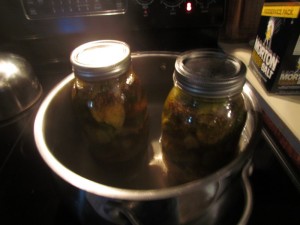 Check the lids to ensure they have sealed and that there is now a concave shape and no pop or movement when the lid is pressed.

Smile and enjoy the fruits of your harvest and the sweet crisp flavor of your new-found food preservation skills. 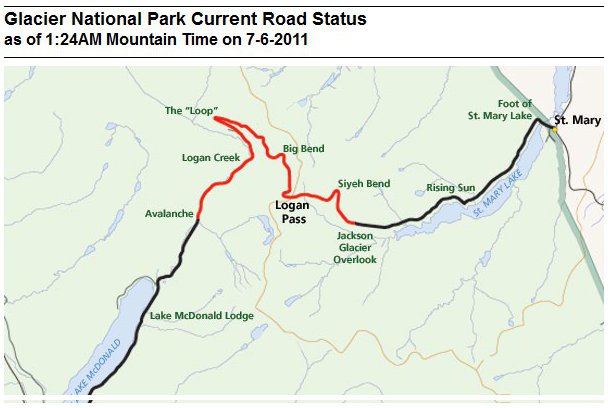 The snow pack was pretty impressive this past winter, and with the cool spring and summer temperatures across much of the Cascades, Sierras, Rockies, and Intermountain West the snow has lingered. So much so that a number of passes remain snow-covered, un-plowed and closed.

Logan pass in Glacier National Park is still closed, coming close to setting a record that was last set in 1933. It’s difficult to describe the amount of snow up there, but imagine walls of packed ice and snow 30 feet high towering over the sides of the road. A canyon of snow. That’s what is up there right now, and despite the seasonably cool temperatures, it’s still melting and, combined with heavy rains, is leading to record setting floods along the Yellowstone, Platte, Missouri and eventually Mississippi rivers.

I’m not going to claim that this is evidence that the climate change fear-mongers are wrong. Other parts of the nation are suffering from record setting drought and heat, and besides, there are much better scientific sources that show that climate cycles such as this are a natural part of the earth’s rhythms.

Still, whether it’s summer snow, record setting precipitation, droughts, or heatwaves, it affects outdoor recreation significantly. In Texas, drought plagued deer, dove, and turkey will be smaller and more concentrated around water sources while fish will be amassed in non-traditional areas in lakes and reservoirs where water levels are low. Ski bums and snowmobile riders may be enjoying the long snow season up in the mountains along with whitewater kayakers in the lower elevations, but in other locations extremely high temperatures and bans on outdoor campfires are making life less enjoyable for hikers and campers.

People who have been enjoying the outdoors for decades are used to these cycles. I don’t buy into the whole eco-weenie beliefs that driving my F-150 instead of a Prius is responsible for these cycles. Look around and you’ll find that these hot and cold, wet and dry cycles have been going on for millennia (Medieval Warm Period anyone?) and are unlikely to change anytime soon, no matter how many “carbon credits” we buy. For those of us who are single-minded in our outdoor pursuits, it may mean that we won’t get the chance to haul out the canoes and innertubes to go cruising down South-Central Texas riverways. But for the rest of us, it just means that it’s time to have fun in other outdoor adventures. 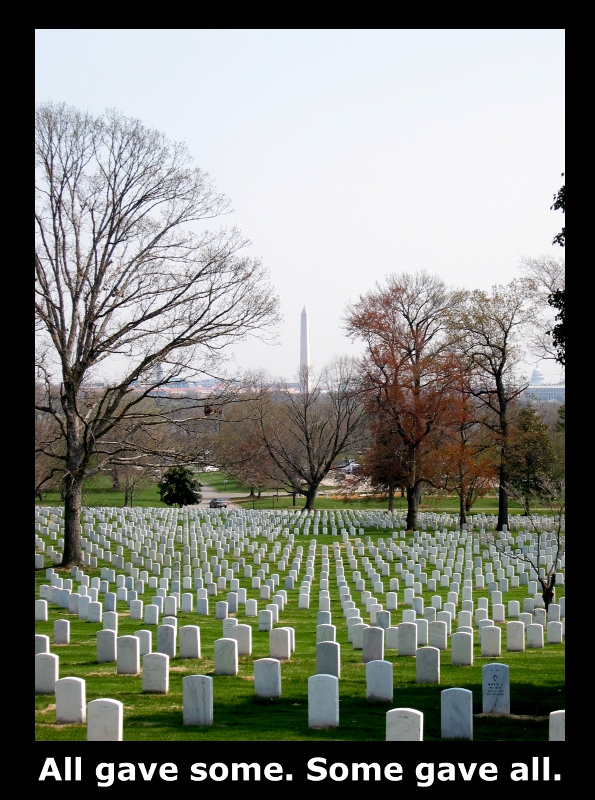