Reloading for Fun, and Profit? 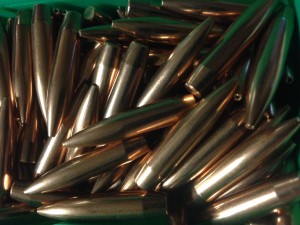 Many people claim to have started reloading their own ammunition because of the ever increasing prices of factory produced cartridges. Is this really viable? Can you save money by loading your own plinking rounds for use at the range or during training?

Assuming you already have the necessary equipment to load your own rounds, how much do the individual components cost? Midway USA offers 2000 rounds of 115-grain bullets for $224.99 for a total cost of $0.11 per bullet. Tula small pistol primers can be had at a cost of $115.99 for 5000, which comes to $0.02 per round. A load of 6.5 grains of Alliant’s Power Pistol should give our hypothetical load a muzzle velocity of around 1200 FPS in a handgun. A four pound keg will set you back around $63.99 and net a cost of around $0.01 per round.

If we go on to assume that you have your own brass, or can scrounge some up for free somewhere, then your total cost per round is $0.15 (rounded) or about half the cost of factory ammo. Not bad, right? Not so fast. These prices don’t include shipping and the required hazmat fee. It’s possible, though unlikely, that you can find similar prices at your local retail shop, so let’s go with these numbers for now.

How much did your reloading press cost? Dies? Scales? The list of equipment needed is quite long, but we’re spit-balling here so let’s just say you found everything you need at a garage sale for the low price of only $250. If that’s the case, your break-even point comes around 1650 rounds. If you have to buy brass for those cartridges, the break-even point doesn’t come until you’ve loaded over 2500 rounds.

For .223/5.56 ammunition the numbers are similar. If you already have your own brass, it’s possible to load rounds for about $0.17 each. That cost jumps to $0.37 per round or more if you have to buy once-fired and even more for new brass. Factory prices for .223 and 5.56mm ammunition in bulk run from $0.28 to $0.30 per round if you can settle for steel cased ammunition. Brass cased cartridges can still be found for as little as $0.35 each.

If you’re out of .223 or 5.56 brass, you’re out of luck: loading your own is a losing proposition. This is partly due to the presence of enormous amounts of military surplus ammunition. Still, if you do have your own cases you can save a few bucks by reloading. Using our hypothetical $250 setup your break-even point still won’t come until you’ve loaded more than 2000 rounds.

Don’t forget to factor in your own time when running your own numbers. Time is valuable, and depending on the type of press you’ve got it can take quite a while to clean, prep, and load those thousands of rounds. You can save time with a faster progressive press, but this increased cost will mean that your break-even point doesn’t come until much later.

It’s also important to consider how much you shoot. If you’re like most, you might only go through a few hundred rounds a year. Avid shooters might fire a couple of thousand rounds, while serious competitors and those seeking intensive training might fire upwards of ten thousand rounds. If you only plink occasionally it could easily take you years to recoup the cost of investing in a reloading press.

Where do you fall? Take the time to crunch some numbers on your own. The prices laid out here are just an example, and will vary depending on what caliber you consider as well as your locale. It’s certainly feasible to save quite a bit of money loading your own ammunition. If you shoot frequently, or just want to have a nice stockpile of a few thousand rounds, reloading just may save you a buck or two.

To calculate your own savings visit this handy calculator at Handloads.com.

Say Uncle started it. And being a good lemming, I’m following.

Everything you can see in this photo fits in the bag (including the laptop, charger, etc.) and, for the most part, has a dedicated purpose. There is often a pistol and a few extra magazines tucked away inside as well. Laying it all out like this, it’s a lot more stuff than I realized.

I think I’ve fallen into the trap usually reserved for large purses in my attempt to cram tons of stuff in there. Going through it, there seemed to be a fair amount of junk that needed to be tossed, along with some redundant items. There are a few things I probably should add to it as well.