The Brown Truck of Happiness™ stopped by my FFL the other day and dropped off my very own Ruger 10/22 Takedown Rifle. My first surprise was finding that the rifle came in a very nice pack, with PALS webbing on the outside and separate pouches with hook-and-loop closures inside to separate the barrel and action and prevent them from knocking together.

The pack itself has only a carry handle at the top, which was a bit disappointing to me. I mean, if you’re going to go through all the effort of making a nice pack like this, at least make it easy to carry. Despite the PALS webbing on the front, there were no provisions for attaching the pack to webbing on my main pack, other than a couple of D-rings placed at the top and bottom of the pack. There is a single sling-style carrying strap also included with the pack that can be attached to the D-rings in various configurations, including a Messenger Bag style carry. But I’d have still rather seen two nice padded backpack-style straps, or at least some MOLLE style straps so it could be attached to other PALS equipped gear.

It also has a Ruger logo rather conspicuously embroidered onto the middle of the top pouch. Nobody will have to guess what the pack likely contains. Oh well. The pack was a bonus on top of the rifle. 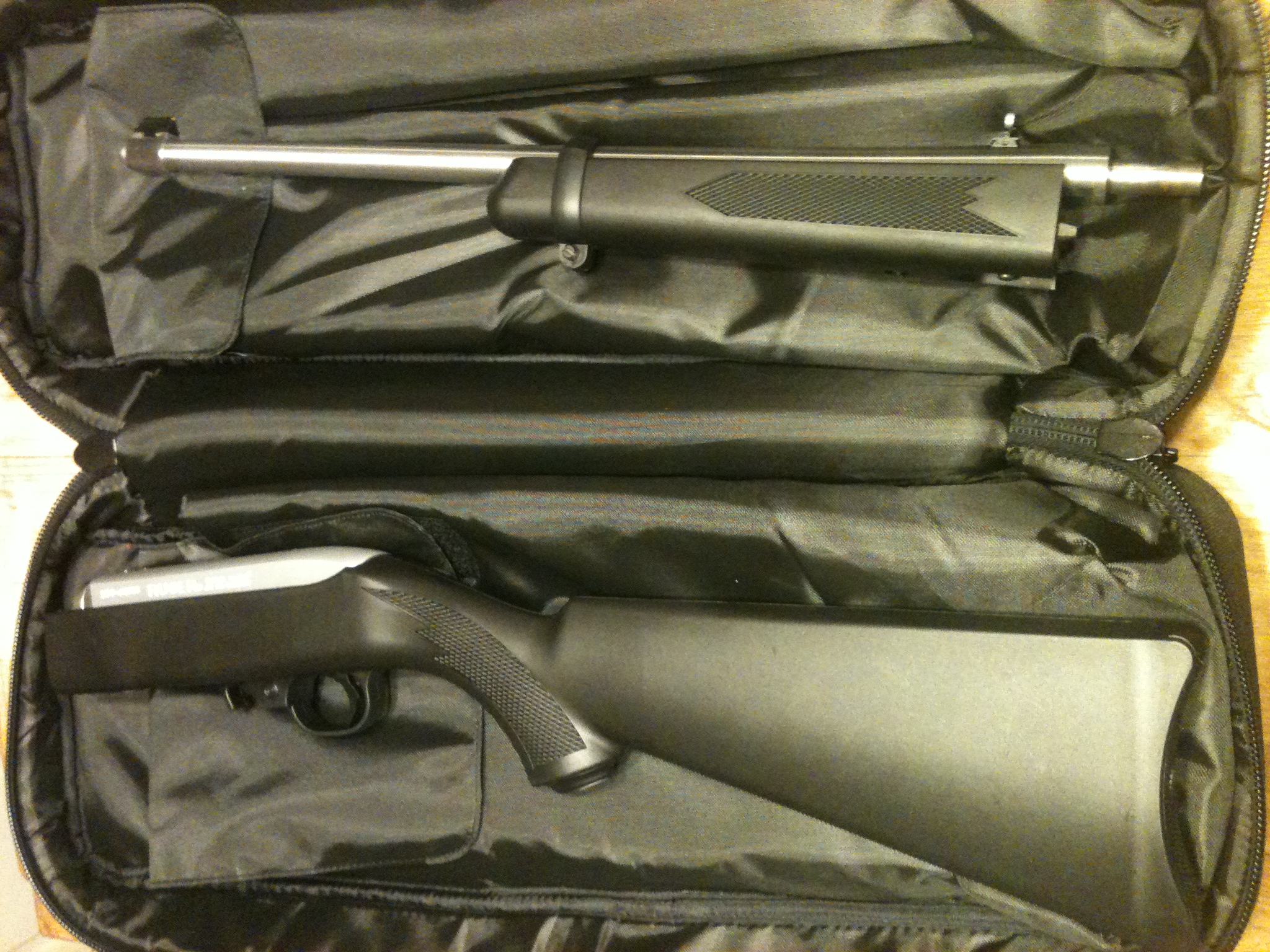 Moving on to the rifle itself, we find that Ruger, having sold everyone in the entire nation one 10/22, decided to make the only new variant that could possibly make everyone want a second 10/22. Having had decades to perfect their design, the new Takedown 10/22 is typical Ruger quality construction. This rifle is designed to be taken outdoors, used, and abused. A stainless steel receiver and barrel along with the synthetic stock make this gun nearly impervious to rust and corrosion.

The takedown mechanism is robust and has adjustable tension. A knurled band just forward of the receiver can be used to tighten up things if necessary. Don’t worry about getting lockup horribly tight on this rifle. Accuracy should be just fine with the takedown mechanism tension already set at the factory. We’ll take it out to the range later just to make sure though.

The rifle weighs in at a hair over 4.5 pounds, making the 10/22-TD light enough to be the ideal rimfire pack rifle. Even with a couple of spare magazines and some .22LR cartridges, the gun and pack still weigh in at less than 8 pounds. With an 18.5″ barrel and a 1:16 twist rate, accuracy should be more than acceptable for any standard .22LR cartridge on the market.

The Takedown 10/22 comes equipped with Ruger’s factory standard 10/22 iron sights with a brass front bead and rear blade that is adjustable for both windage and elevation, as well as a rail that can be screwed in to the receiver and which takes standard Picatinny rail accessories as well as rimfire style tip-off mounts.

Wednesday we hit the range to see how well it performs, so check back for more. 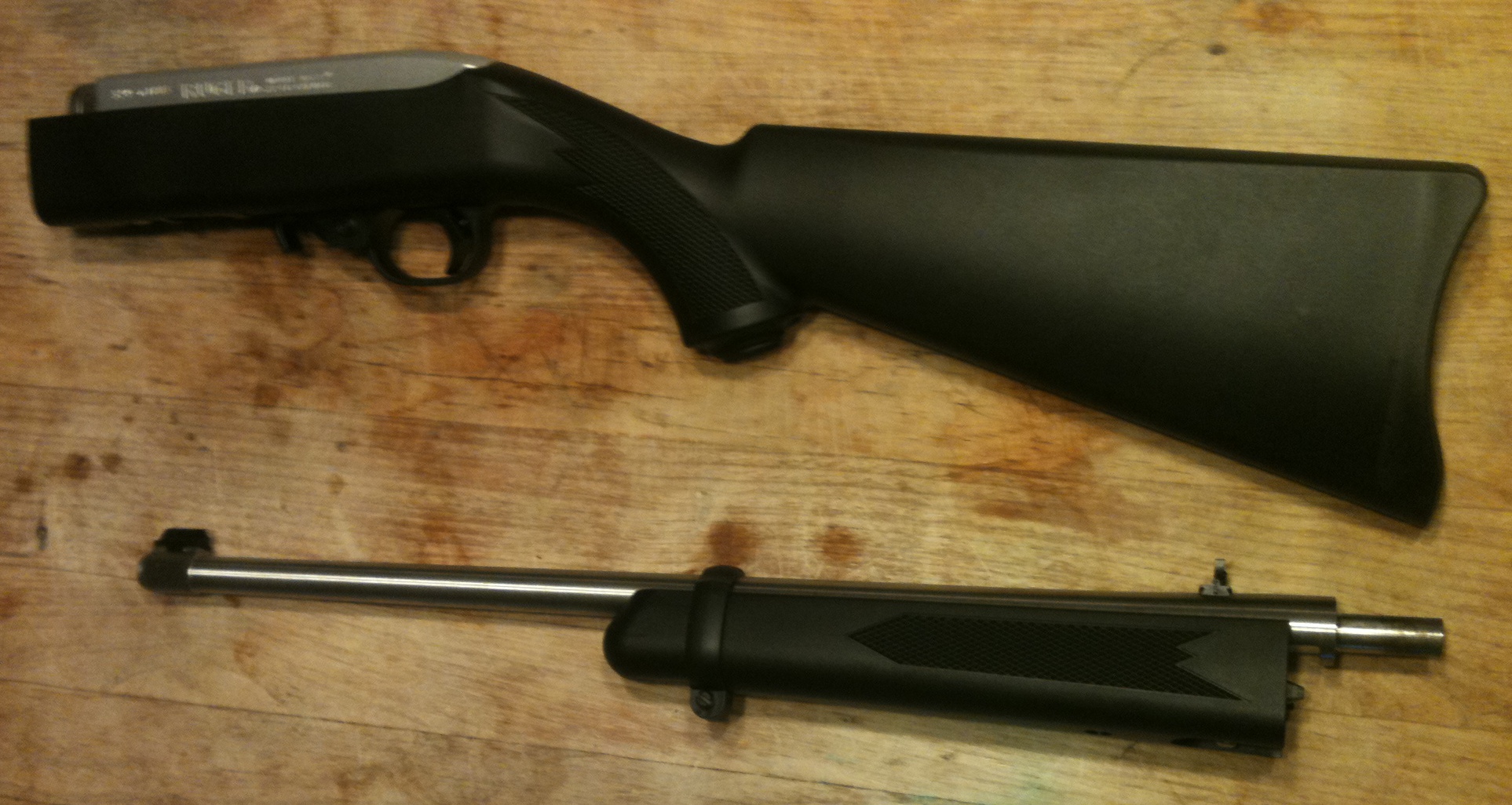 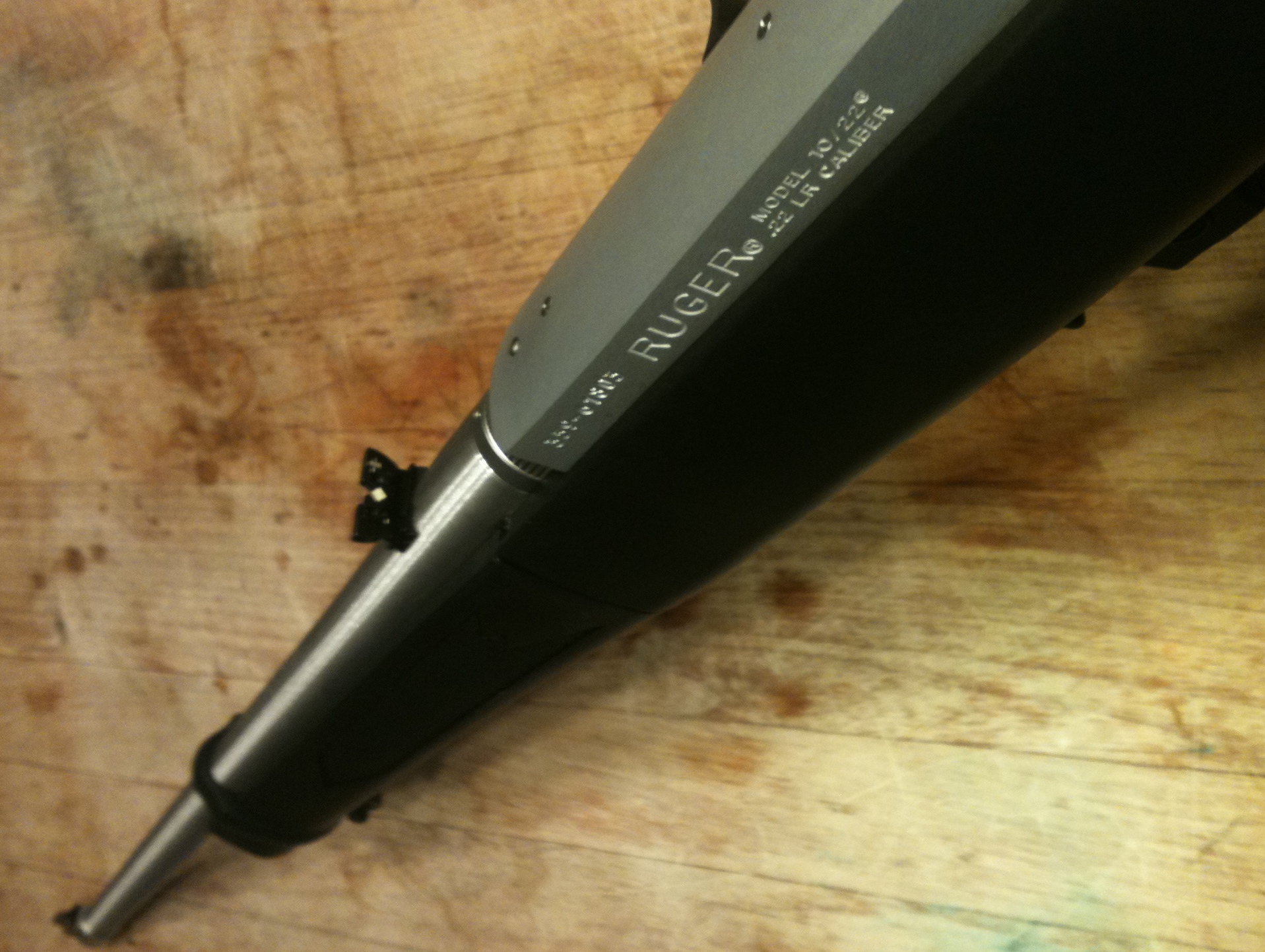