It’s critically important to know the land you hunt. A while back I wrote about a hunt I went on with a close friend of mine. We were pursuing feral hogs in Northeast Texas, but a severe drought had significantly altered their range. Areas that were normally lush and wet, perfect hog territory, were now dry.

I knew the importance of scouting the land, but neglected to take into consideration the difference that changes in weather patterns would make. This year I’m not making that same mistake.

Many large game species change their habits significantly with the seasons, and once again we’ve seen an abnormally dry summer in the areas I plan on hunting. I took the time this week to scout out a few areas to see how the patterns had changed.

True to form, areas where water normally flowed that were now dry were devoid of tracks. Deer, hog, and turkey alike were tending to stick to flowing creeks and rivers, larger ponds and lakes, and areas with human activity where they might find irrigated crops or livestock ponds and waterholes.

Game trails that had been frequently used in years past were now overgrown and devoid of fresh scat, hair, tracks, and other indications of recent use. In a few areas in the river bottoms however new game trails were in evidence along with numerous tracks and other signs.

With forbs and grasses in short supply, the local deer and hogs had been raiding nearby irrigated fields and even sharing stock tanks with some cattle. This change from their habits when food and water is abundant necessitated some alteration of the normal paths they took to and from their bedding areas. After a bit of work checking out the new paths, I figured out the daily activity of the deer and narrowed down where I thought they bedded down during the day.

Now that I had patterned the deer, it was time to start looking for likely areas for scrapes. Though it is still too early for the rut for deer to begin actively visiting scrapes, most bucks will be scraping the velvet from their fresh grown antlers and trees near game trails and other areas showing recent deer activity will soon bear signs of rubbing.

If you’re scouting the land for the upcoming deer season and are having trouble finding signs of activity, try searching along the banks of rivers and creeks that are still running, or walk along the areas between forests and fields. Transition zones such as these are favored by deer. Often you will be able to spot a game trail crossing a small stream or entering dense woods on the edge of a field.

Look for natural funnels in the landscape. Deer won’t generally walk along ridgelines or cross over hilltops. Instead, they tend to follow the easier paths along the same elevation. If there is a draw or valley, check for activity in the bottomlands.

Don’t forget that once the season starts deer will usually change their patterns. Once the crops are harvested and humans once again make their presence known at the trailheads, it’s like a switch is flipped and deer completely alter their routine. These habits can evolve further as the rut begins. If you spot a scrape this early in the rut, go ahead and mark it on your GPS or identify a landmark so that you can find it later. Deer will often use the same scrapes year after year, so even if it looks old and disused it will likely draw attention from eager bucks, and does in estrus, as the rut begins to peak.

Next week we’ll go over more of the changes that deer go through as autumn begins in earnest, and talk about how to change your strategy to find that big buck you’ve been seeing all summer that has up and disappeared with the first hint of cooler weather. 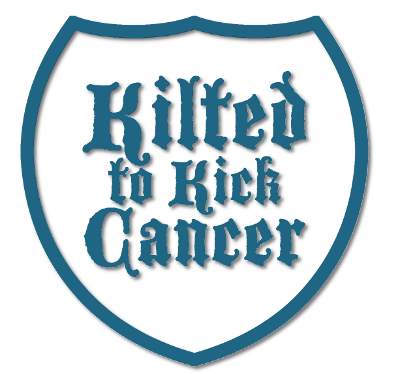 Don’t Forget: This month is Kilted to Kick Cancer month

We’re raising money to help promote prostate and testicular cancer awareness and to help find a cure for this devastating disease. Our goal is to raise $50,000 inside of 30 days, and we need your help! It doesn’t have to be much – a donation of only $10 can go a very long way – so help us in our cause and give what you can using the link below.